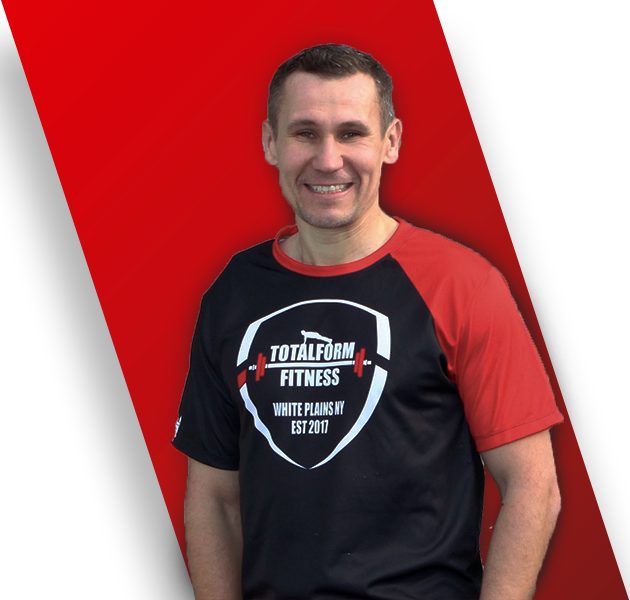 Adam joined Total Form Fitness in 2007 and currently serves as Manager of the gym. Originally from Poland, Adam was a nationally renowned Judo player. As a junior, Adam won bronze and silver medals at the Judo National Championships. Adam's success continued as an adult when he won bronze and silver medals at Poland's National Judo Championships. Upon coming to America in 2005, Adam earned his certification to become a personal fitness instructor. Soon after gaining his certification, Adam proceeded in his studies of physical fitness and worked to gain a certification as a Golf Fitness Instructor from Titleist Performance Institute (TPI). Adam's thirst for knowledge and passion for work is part of what makes him a valuable member of the Total Form Fitness team. He is enthusiastic, energetic, and works to help clients reach their physical fitness potential all while having fun. 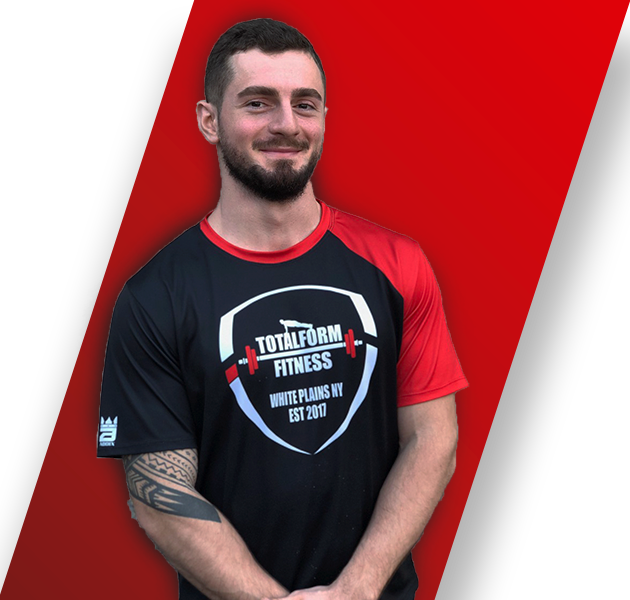 Giorgi Matchavariani joined Total Form Fitness White Plains team in September, 2018. He is originally from Tbilisi , Georgia.  Giorgi started his sport’s journey as a water polo player for Tbilisi Sharks team in Tbilisi , Georgia. He played as left side defender and he participated and helped his team to win junior national championship in 2007.  Since Giorgi needed to be always on his best shape to perform well during the water polo matches, he became interested in weight lifting and later on he developed a passion for Olympic weightlifting and Powerlifting. Since 2015  Giorgi started to compete and in 2016 he won a  gold medal in Georgian Powerlifting Championship at 143 lb weight class (65 kg ) as well as bronze medal in Olympic weightlifting championships in 152 lb (69kg).  Upon coming to America Giorgi earned his certification to become a fitness instructor. His passion to help his clients become stronger with learning compound movements and emphasizing on perfect lifting form makes him literally a “STRONG” addition to our White Plains team. 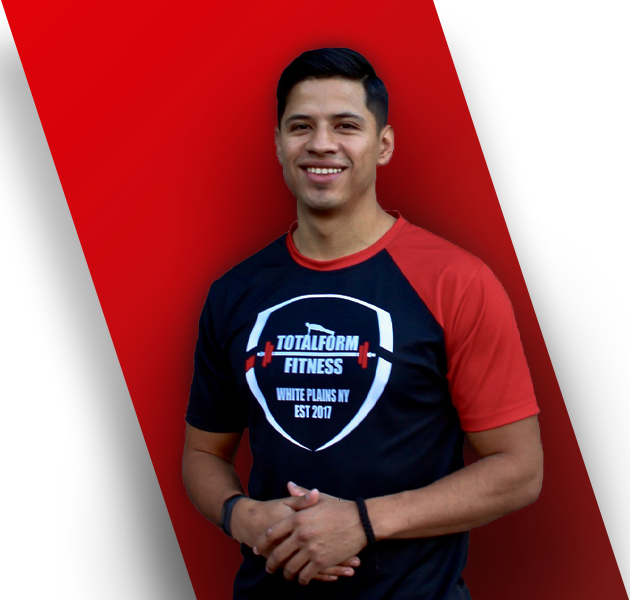 Wilson originally from Cuenca, Ecuador, joined Total Form Fitness in 2019. At a very young age, Wilson was a well rounded athlete, playing soccer, ball throw, long jump, taekwondo, relay race and 100 meters dash. Throughout the years he developed a passion for physical exercise which led him in 2014 to join the United States Marines Corps where his mental and physical strength were tested to its limits. Wilson served as an active duty member stationed in Hawaii for 4 years and is now currently a reservist.. In 2018, Wilson’s devotion for fitness and his willingness to help others drove him to attend school at Focus Personal Trainer Institute in New York and became certified as a NASM Personal Trainer. Wilson understands the importance of having a healthy life style and the need to build the mind and body as strong as it can be.